General facts: Serbia is a landlocked country, situated in the Central and Southeastern Europe. It’s located on the most important route linking Europe and Asia, on the area of 88,361 sq. km. It is enclosed by Hungary in the north, Romania and Bulgaria in the east and south, Croatia, Bosnia and Herzegovina and Montenegro in the west. Its northern part covers Pannonian plain, while the central part at Balkan Peninsula. Serbia has more then 7 million inhabitants, along with Autonomous Province of Kosovo and Metohija almost 10 million people. Capital city is Belgrade, which is the largest city in the country. Belgrade is also administrative, politic, economic and cultural center of the country. Official language in Serbia is Serbian, which belongs to the group of Slavic languages, and the script in official use is Cyrillic, while Latin script is also in use. The main religion in Serbia is Cristian Ortodox. Beside this religion, there are also many other religious communities: Roman Catholic, Islamic, Protestant, Jewish.

Geography: Most of the country lies on Balkan peninsula, while the north part belongs to Central Europe. Serbia is mostly mountainous. Its northeast section is part of the rich fertile Danubian Plain drained by the Danube, Tisa, Sava, and Morava river systems. Some of the prominent topographical features of Serbia are: the Pannonian Plain (mainly Vojvodina) and river lowlands, the Balkan and Carpathian Mountains, the Dinaric Alps, along with hillside stretching across central part of Serbia.

History: In the 7th century Slavs, ancestors of today’s Serbs arrived in Serbia. At first they were divided into clans but in the 8th century a man named Vastimir founded the first Serbian state called Rasica. Then in the 9th century the Serbs were converted to Christianity. However until the 13th century Rasica was a vassal of the Byzantine Empire. The 13th and 14th centuries were the golden age of Serbia. Its population rose and industries like mining flourished. Serbia also expanded its territory. However in the late 14th century there was a new threat to Serbia - the Ottoman Turks. The Turks were on these territory until 1878.

After the First World War Serbia became part of a large Slavic nation. In 1929. the king Aleksander made the new state a royal dictatorship and renamed it Yugoslavia (land of the South Slavs). On 6 April 1941 the Germans bombed Belgrade and invaded Yugoslavia. They soon overran the country, which was carved up between Germany and its allies. Hungary took the northern part of Serbia but Germany took most of it. Afterwards the Communists carried out guerrilla warfare and in October 1944 together with the Russians they liberated Belgrade. Then in 1945 the Communists won 90% of the vote in elections and they introduced a Communist regime. However in 1948 Tito broke with Stalin and afterwards Yugoslavia was resolutely independent. However when Tito died in 1980 the system began to break down. Finally in 1991-92 the state of Yugoslavia broke up. Parts broke away from Serbia and became independent until only Serbia and Montenegro were left. The last republic that seceded from Yugoslavia is Montenegro at 2006.

Climate: Prevailing in Serbia is the moderate continental climate with more or less pronounced local characteristics, and with significant influence of nearby geographic regions such as the Alps, Mediterranean Sea and Genoa Bay, Pannonia planes and valley of the Morava River, Carpathians and Rodopi Mountains. The largest part of the Serbian territory belongs to the moderate climate region, while the southwestern part is on the border line of Mediterranean sub-tropic and continental climate areas. It has expressive transitions between the four seasons of the year. Summers are warm, about 31 days annually with temperature above 30C/86F. Winters are cold and snowy, with an average of 21 days annually below zero.

Interesting facts: The Serbian clock making industry is older than the Swiss. Serbs had their own clock 600 years earlier. 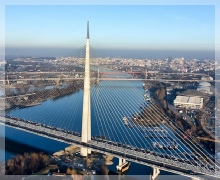 Outspoken, adventurous, proud and audacious: Belgrades gritty exuberance makes it one of the most happening cities in Europe. 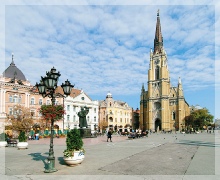 As convivial as a rakija toast – and at times just as carousing – Novi Sad is a chipper town with all the spoils and none of the stress of the big smoke. 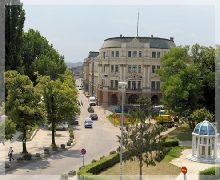 Niš is a lively city of curious contrasts, where Roma in horse- drawn carriages trot alongside new cars, and posh cocktails are sipped in antiquated alleyways. 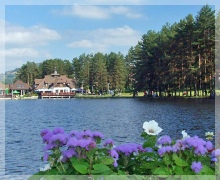 A romantic region of gentle mountains, traditions and hospitality, Zlatibor has been known as a climatic health resort.

Want to book hotel in Serbia yourself ? You can do that on special prices, using our hotel reservation system.