General facts: The Republic of Croatia is a European country situated along the Adriatic sea and its hinterland. It stretches from the slopes of the Alps and deep into the Pannonian valley to the banks of the Danube and the Drava rivers. Croatia occupies an area of 56. 542km and it has a population of 4.5 million. The Republic of Croatia is divided into 20 counties and the City of Zagreb. Croatian capital is Zagreb. With approximately one million inhabitants, it is the administrative, economic and cultural center of the country. According to its natural characteristics, as well as its cultural and historical development, Croatia can be divided into three distinct zones: the Coastal region, the Mountain region and the Pannonian region. The official language is Croatian, a Slavic language. More precisely, Croatian belongs to the group of South Slavic languages (including also Bosnian, Bulgarian, Macedonian, Serbian and Slovenian languages). Time zone GMT plus one hour in winter and GMT plus two in summer.

History: Thanks to the favorable geographical characteristics, Croatia has always been a significant mercantile and nautical route. Before the arrival of the Croats in the 7th century, the territory of the present-day Croatia was inhabited by Illyrian tribes, Greeks and Romans. The Croats were organized in principalities that were united in the first Croatian state by Croatian King Tomislav. Later, Croatia retained its legal status and autonomy within the framework of the Hungarian empire, and the Habsburg Monarchy. Today the Republic of Croatia is a European parliamentary state and a part of European political and cultural history.

Seashore: Croatia has one of the most beautiful coastlines in Europe. Adriatic coastline is 1778 km long and together with islands 6176 km. The sea depth in the north along the shoreline is about 50 m while near the Palagruza goes up to 250 m, and the most distant island Jabuka (Apple) reaches 1300m in depth. The average sea temperature in the summer months is 22-27 C and the lowest in winter is around 7C while in the spring is comfortable 18 degrees. With an average of 2. 600 sunny days a year, the Adriatic coast is one of the sunniest in the Mediterranean.

Cuisine: In continental cuisine there are many influence of Hungarian, Viennese and Turkish cuisines dominated by meat, fresh fish and vegetables. The coastal region is characterized by the influence of the Greeks, Romans, Illyrians and later Mediterranean cuisine - Italian and French. It features many seafood specialties (squid, cuttlefish, octopus, shrimp, lobster...) prepared in various ways, olive oil, prosciutto, various vegetables, Dalmatian wines such as Babić, Malvasia, Prosecco and Vrbnik Žlahtina, and various liqueurs like the famous Maraschino.

Interesting facts: The famous Dalmatian dogs originally came from Croatia’s region of Dalmatia. Thanks to its eye-catching white coat and black spots, the Dalmatian is one of the most easily recognizable dog breeds in the world. 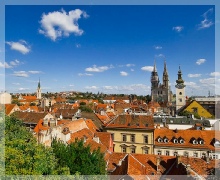 Too often overlooked by tourists making a beeline for the coast, Zagreb is a fascinating destination on its own, combining the East & West.

Regardless of whether you are visiting Dubrovnik for the first time or the hundredth, the sense of awe and beauty when you see Stradun remains. 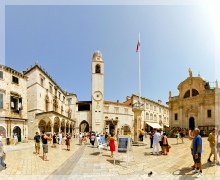 The second-largest city in Croatia, Split (Spalato in Italian), always buzzing, this exuberant city has just the right balance of tradition and modernity. 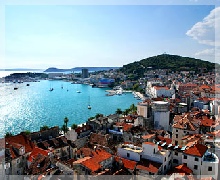 The extraordinarily beautiful pocket of wooded hills in Plitvice National Park enclose 16 lakes that are connected by waterfalls and cascades. 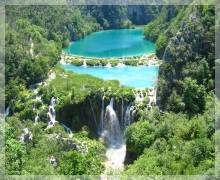 Want to book hotel in Croatia yourself ? You can do that on special prices, using our hotel reservation system.