General facts: Bulgaria is transport crossroad between Western Europe, Middle and Near East, and the Mediterranean. It is located in Southeast Europe, in the northeast part of the Balkan Peninsula. It’s a European, Balkan, Black Sea and Danube country. This geographic location places it on the crossroad between Europe, Asia and Africa. It is the 14th coutnry in Europe by it’s size with land area  of 110,994 square kilometres. Total population is over 7 million inhabitants. The capital city is Sofia and also the largest city in country with a population around 1.3 million people. Official language is Bulgarian, which is Indo-European language and it belongs to a group of Slavic languages. Main religion is Ortodox, around 85% of inhabitants belongs to Bulgarian Ortodox Church, and the second largest religion by believers are Muslims.

Nature: there is severeal geographic area in Bulgaria: Danubian Plain, the Balkan and Rhodope mountains and Tracian plain. The southern edge of the Danubian Plain slopes upward into the foothills of the Balkans, while the Danube defines the border with Romania. The Thracian Plain is roughly triangular, beginning southeast of Sofia and broadening as it reaches the Black Sea coast. The Balkan mountains run laterally through the middle of the country. From the south of the Danube River we can count more than one hundred valleys before to reach the Valley of Roses. Mountains take almost a quarter of the country's territory and largely determine its relief. Many caves some of them 3,5 million years old, gorgeous peaks and lakes, ancient Thracian tombs and temples land attraction to the mountains. One of the most important areas is Black Sea coast which is 378km long. Three national parks have been established in the country: Pirin National Park (a UNESCO natural heritage site), Rila National Park, and the Central Balkans National Park.

History: Bulgaria's mild climate and fertile soil has attracted settlers since ancient times. Because of its location at the crossroads between Asia and Europe, many different cultures have influenced Bulgaria. Today Bulgaria is the result of intricately intertwined histories of many different peoples. The first Bulgarian Kingdom was founded by Khan Asparouh in 681. It was situated in what is now north-east Bulgaria, and was inhabited by Slavs from the Byzantium Empire, and Bulgarians who came  from an ancient Bulgarian state situated on the Volga river. The creation of the Slavonic alphabet by brothers Cyril and Methodius in 863 and the establishment of Christianity (East Orthodox) as a state religion in 864 contributed to the development of the Bulgarian nationality and created conditions for the flourishing of Bulgarian literature and culture. From 1018 till 1185 Bulgaria remained in the Byzantium Empire. In 1185 the Second Bulgarian Kingdom was declared after the end of Byzantium rule and oppression. In 1393 after a long war and fierce resistance the country fell under Turkish rule. After an unsuccessful revolution in 1876, Bulgaria received freedom thanks to the Russian-Turkish Liberation War (1877-1878). The state was separated into three parts after the Berlin Conference in 1878. In 1989, the country performed an unprecedented peaceful transition from autocratic communist rule to a democratic system. A new Parliament was elected in June, 1990 after the first free elections in 50 years. This Parliament made a New Constitution said to be one of the most democratic constitutions in Europe and the first among the former socialist countries. The main tasks facing the New Parliament (elected in the second free elections, October 1991) are creating laws that will ensure a transition to a free market economy.

Climate: Bulgaria is situated closer to the Equator than the pole. It falls within the southern part of the temperate climate zone with subtropical influence. Its location on the transition line between two climate zones influences the climate, soils, vegetation and animal species. All of them are characterized by great diversity. The country’s geographic position also determines the relatively wide angle of sunlight that falls on the country, making the country predominantly sunny. The official time in Bulgaria is Eastern European Time, which is two hours ahead of Greenwich Time. The Black and the Aegean Sea also influence the country’s climate. The influence of the Mediterranean is extensive for the climate in the southern parts of the country, while the Black Sea influences the climate over an area extending some 40 km inland, supporting diverse flora and fauna.

Cuisine: Bulgarian cuisine is exceptionally diverse and delicious, consisting of various salads, breadstuffs, stews, and other local dishes. Many of the dishes are prepared according to traditional recipes handed down from generation to generation over the centuries. Most Bulgarian dishes are oven baked, steamed, or in the form of stew. Deep-frying is not very typical, but grilling - especially different kinds of meats - is very common. Pork meat is the most common meat in the Bulgarian cuisine. Oriental dishes do exist in Bulgarian cuisine with most common being moussaka, gyuvetch, and baklava.

Interesting fact: Bulgaria is the oldest country in Europe that hasn’t changed its name since it was first established. That happened in 681 AD.

By far Bulgaria’s biggest city, Sofia (So-fia) is one of Europe’s most compact and walkable capital cities, although it’s still one of the least traveled. 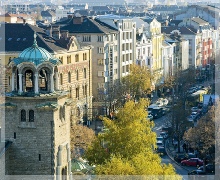 Old Bulgaria calital, established over 7000 years ago and throughout the centuries has been governed by a number of legendary civilizations. 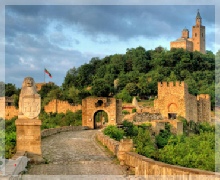 Designated by Unesco as a World Heritage Site, Nesebar has its charms, but in summer these can be overpowered by the crowds. 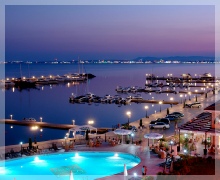 Bansko is the big daddy of Bulgarian ski resorts. With trails starting from 900m high to 2600m, and with over 100 hotels and pensions. 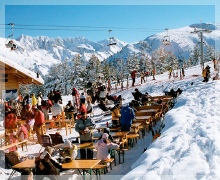 Want to book hotel in Bulgaria yourself? You can do that on special prices, using our hotel reservation system.